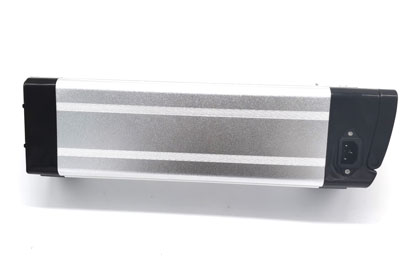 A brief explanation of 48v electric bicycle battery and types of batteries:

When purchasing an electric bicycle the battery is one of the most critical facets to examine. The battery can determine how much and how little the bicycle can travel. Electric automobiles and electric bicycles are becoming feasible substitutes for conventional gasoline-powered vehicles and old bikes because of the fast advancement of battery technology. The electric bicycle provides a maximum speed of 15 miles per hour and helps climb severe uphill. You can ride an electric bike without any tension of age and ability.

It doesn't matter what bike you ride; it's all about what works best for your lifestyle. A general perception is that riding an electric bike is equivalent to "cheating" when doing a workout. It is only one of the numerous misconceptions about electric bicycles. Your ascents will be much quicker on electric bikes, and you won't even burn a sweat getting to your goal. E-biking is similar to traditional cycling except for its speed.

In this article, we will tell you about 48v electric bicycle batteries and types of E-bike batteries.

The battery is one of the most vital components of an electric bike. It impacts both the speed and the length of the ride. Even though they are the same size and weight, the performance of various batteries may vary greatly depending on the type determined by the composition. According to the research, a 48V electric bicycle battery delivers more energy. Hence, a battery with 48 Volts would be of more assistance during an upwards ride. Selecting a high-quality battery will directly affect the device's overall effectiveness and the range it will provide on a full charge. 48V electric bicycle battery has several features, including power, volatility, size, weight, charging period, and overall battery lifetime.

A glance at the development of electric bike batteries throughout the years:

The most challenging part of the initial production of electric bicycles was the battery, which was big and heavy compared to the ones we use now. It's common to see a lithium-ion battery in brand-new or freshly acquired e-bikes. E-bikes manufactured in the past may have distinct designs. Nickel-cadmium and nickel-metal hydride battery packs replaced lead-acid battery packs in the early days of e-bikes.

The weight of the batteries that power electric bikes may range somewhere between 10 to 20 lbs., which is around 5 to 9 kg. Furthermore, the average weight of a 48V electric bicycle battery is about 5 to 10 pounds. Lightweight batteries can maintain a large number of capabilities for shorter trips. Choosing the suitable battery for your e-bike requires a thorough understanding of the terminologies used to define e-bike batteries. They'll help you learn more about your batteries. The language that helps describe e-bike batteries is something you need to know before choosing the electric battery that will work best for your electric bicycle. These will provide you with a deeper insight into your battery situation.

A higher voltage indicates that electrons are moving at a faster pace. Voltage is the speed at which electrons travel. Volts is another name for this measurement. The voltage output of batteries for an electric bike should ideally be 400 to 500 volts.

The quantity of energy contained in the battery is capacity. It is the most crucial aspect of batteries in general.  This figure is a measurement of the constant amount of amps that a battery is capable of maintaining for one full hour.

The ampere is the unit used to measure electrical charge. It is a measuring unit that encompasses the entire universe. The typical components of an electric bicycle are a battery rated at 36 volts and a controller rated at 15 amps.

The watt-hour, also written as WH, is a unit of energy. It is equal to one watt of electricity used in one hour. The watt-hour is not considered a standard unit in formal systems. The typical range for an e-battery bike is between 300 and 1,000 watt-hours.

The composition of a battery may have a significant impact on its performance. Here are some types of electric bicycle batteries:

It is the oldest type of battery. It is due to several factors, the most significant of which is the limited capacity. Lead-acid batteries are relatively heavy, and the weight of the battery itself contributes to the overall heaviness of the bicycle. Recycling lead-acid batteries are not only manageable but also quite economical. In addition to this, it takes eight to ten hours for a complete charge. Additionally, the life expectancy of this battery is just 150-200 rotations. On the other hand, the 48V electric bicycle battery makes it possible to connect four trustworthy lead-acid batteries in series.

The Li-ion battery is now the most common and best kind of battery used in electric bicycles. The entire weight and capability are perfectly balanced in a lithium battery. The primary benefit of lithium-ion batteries is that they have the most excellent specific capacitance. This battery has several drawbacks, including its susceptibility to temperature fluctuations. It is also hard to change rapidly.

When shopping for an electric bicycle capacity of a battery is one of the most crucial aspects. Nickel-cadmium (NiCad) batteries offer a higher capability per kilogram than lead-acid batteries do. NiCad batteries are becoming more outmoded because it is challenging to recycle or dispose of them appropriately. They have a very high rate of self-discharge, which is astonishingly high.

E-bikes presently have the majority of the market share for bicycles. They are dependable, simple to ride, and inexpensive. 48V electric bicycle battery can reach speeds of approximately 20 mph or 32 kmh. You can visit J&Y for high-quality batteries. They are best at providing quick customer service.

Next: Complete Information On AGV Battery Pack and Its Types