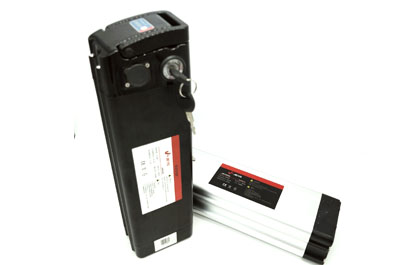 A complete discussion about the 36V e-bike battery:

Every single electric bicycle should have a strong emphasis placed on the quality of its battery. A 36V e-bike battery covers approximately 22mi (36km) kilometers per charge. Additionally, it can pedal manually if the battery fails. The majority of people consider this battery to have relatively lightweight.

What kind of 36-volt e-bike battery you're using?

Selecting three 12V batteries over one 36V battery may matter more for specific battery types. Lead-acid batteries, for example, need frequent inspection and refilling with distilled water. As a result, you may opt to monitor only one battery rather than three. But if you've gone for lithium, you won't have to worry about it. So, while picking between three 12-volt e-bike batteries and one 36 V e-bike battery, battery maintenance isn't going to be an issue. Lithium, on the other hand, is the most advanced battery technology, and it's better in every aspect. In comparison to traditional batteries lifespan of three 12V batteries and one 36V lithium battery is doubled by using the 36V battery.

The fact of the matter is that any option is an acceptable one. When comparing the benefits and drawbacks of utilizing three 12V batteries with one 36V battery, there is no significant difference between the two options. As long as you continue to take lithium, that should be your primary concern. Pick the configuration that will serve your application and requirements the very best.

36V times 10 amp hours equals 360-watt hours. If it fully charged to its maximum capacity, this pack would have a range of 36 kilometers, equivalent to 22 miles. The reach of a 36V e-bike battery also depends upon the weight and speed of the bike.

How long does a 36 V e-bike battery last?

Ways to prolong the lifespan of e-bike Battery:

The circumstances of the surrounding environment are a significant aspect that may impact lithium batteries. For instance, if you leave one in your vehicle while in the hot sun, you will shorten the lifespan of your battery. Keeping a fully charged battery at an excessive temperature is, in point of fact, the worst possible scenario that may occur. It is good that you keep your bicycle out of the direct sunshine for extended periods and store your battery in a cool area.

Keep the battery charged between 80% and 40% of its capacity when storing for an extended time. Some chargers include a lower storage voltage level, so switch to this. After complete charging of the bike, you may take it for a spin before putting it away.

Do not Regularly Fully Discharge Your Battery:

Partially discharged lithium-ion batteries with frequent top-ups are suggested to increase the recharge-cycle lifetime of the batteries and should not be released to 0%. Other battery chemistries have a memory effect,' but lithium batteries don't. Charge it every few rides rather than every time you go out for a brief ride if you do so often.

You may need to take additional precautions during the cold months to ensure your battery is safe to charge. Be careful to allow the batteries to heat up before charging if you want to ride the bike under temperatures. There will be a decrease in performance and distance while riding in cold conditions.

As shown above, proper battery care and management may dramatically extend its lifetime. Between 3 - 5 years, a well-kept battery pack may endure. Poor-quality batteries do not last long. A 36V e-bike battery has a life span of between 3-5 years. Contact Y%J technology for batteries. Y&J technology has the latest products on its website.

Prev: Some of the Advantages of Using a 24 Volt Battery in an Electric Bicycle

Next: A Brief Explanation of 48v Electric Bicycle Battery and Types of Batteries