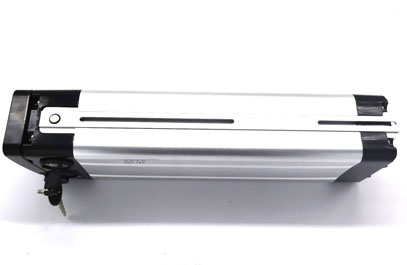 A kind of powered bicycle known as an electric bike has a built-in electric motor that provides the user with additional assistance while pedaling. Various electric bicycles are accessible in every region of the world. They split down into two broad groups: Bicycles that give the rider a pedaling help and the one that has a throttle.

When someone hears an electric bicycle, the first image they imagine may be a scooter or electric motorcycle - but they look pretty different. Take a cycle, then add several electrical components like a motor, a battery, and a controller. The design incorporates all of them. All-electric bikes have these components as their foundation.

Depending on the location of the motor, e-bikes have two main types:

How electric bikes are supposed to work:

Electric bikes have batteries that help them to perform well. Batteries for electric bicycles are available in different types. On the other hand, standard bicycle features, including pedaling and steering, are included in electric bicycles as well. E-bikes have the same majority components as traditional bicycles. The electric part supplements the power of humans rather than completely replacing it. It makes challenges such as hills and headwinds easier to tackle. And it enables you to go longer without becoming as exhausted.

How to choose the best electric bicycle:

The power ratings of electric bike motors range from 200W to 1,000W or even more. There is a legal maximum of 750W in the United States, although each state can establish its limit.

Think of it as a horsepower limit. More power implies more battery use, but it also means the bike will be able to carry more weight with less effort—but at a cost. The battery will be depleted considerably more quickly by a 750W motor than a 250W motor, although the latter is more powerful.

There are several factors to consider when choosing a battery for electric bicycles. Electric bikes rely heavily on batteries.

There are two main types of batteries that you'll discover for sale on the market:

These batteries represent the most recent advancement in battery technology. The lifespan of an SLA battery is about two to three times longer than that of a lithium battery. The lithium-ion kind of battery is much more lightweight, in addition to being almost maintenance-free.

What is the best E-bike battery?

When it comes to giving an answer or reaction, this is one of the more difficult questions. What may be the best option for you may not be the best option for me since there are so many elements that define batteries for electric bicycles. If it isn't cared for and maintained, even a high-quality battery has the potential to fail.

Single battery components are collectively known as "cells" in the battery manufacturing industry. Cells that are both cylindrical and prismatic are utterly usual. AA and AAA batteries include both types (like the one in your phone). It is possible to employ alternative battery form factors throughout the manufacturing process.

In many cases, an e-bike battery pack will have 18650 different kinds of cells.

It's worth it to utilize more money on Panasonic, LG, and Samsung batteries because of their solid reputations in the battery market for producing high-quality cells. It's unlikely that the e-bike you have to purchase has or provides cell manufacturer information.

There are no better batteries for electric bicycles than Lithium-ion (li-Ion). However, lead-acid batteries, which are three times heavier than their Li-ion counterparts, are substantially less expensive. A variety of cell chemistry options are available for the lithium-ion battery. The three most common batteries are NMC, LCO, and LI-FePO4 (Lithium Iron Phosphate) (LFP). When deciding on cell chemistry, consider the following factors:

There are trade-offs to be made when selecting one kind of chemistry over another, but as shown in the graphic below, NMC and LFP are alternatives that give value in terms of performance, price, and safety.

The batteries for electric bicycles have different ranges. The quantity of energy in a battery pack, measured in watt-hours, and the distance it can provide is directly proportional to that number (WH). It can find out using the following formula:

Factors that affect the lifetime of a battery:

Electric Bikes are essential because they reduce the strain on joints by providing a more comfortable ride. You can also ride with more power and accuracy. The batteries for electric bicycles are now available all across the market. Contact J&Y. They will help you with the best quality batteries.

Prev: AGV Battery and Its Types

Next: Three Most Crucial Electric Batteries for Bicycles with Features