What Is Agm Battery 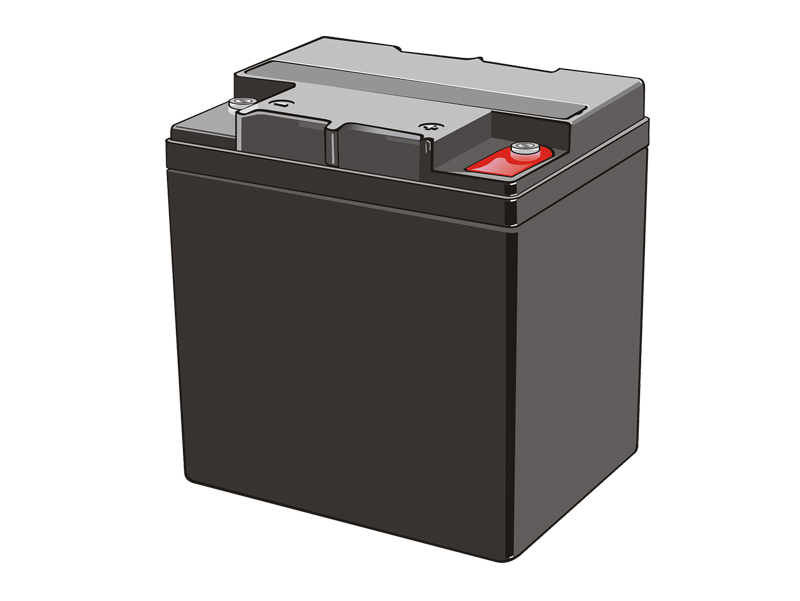 An AGM battery is a type of rechargeable lead-acid battery, most commonly used in vehicles. It stands for Absorbed Glass Mat, which is a special type of separator material used in a variety of lead-acid batteries. This material is designed to absorb the electrolyte and hold it in place, allowing the battery to create a more efficient and reliable power source. AGM batteries offer many advantages over traditional lead-acid batteries, including higher energy density, longer life, and better resistance to shock and vibration. These features make AGM batteries a popular choice for automotive, marine, and industrial applications. Additionally, AGM batteries are much easier to maintain and have a lower environmental impact than other battery types, making them a great choice for those looking for a renewable energy source.

What is an AGM battery?

AGM batteries are a type of lead-acid battery that uses a special electrolyte-absorption separator. This material is designed to soak up the electrolyte and hold it in place, allowing the battery to create a more efficient and reliable power source. AGM batteries also have a higher charge retention than traditional batteries due to their design, which makes them an excellent choice for industrial applications. AGM batteries are also more environmentally friendly than other battery technologies, making them a popular choice for renewable energy systems. The AGM battery is a type of sealed lead acid battery, similar to a standard flooded lead acid battery. However, in a flooded battery the electrolyte is free-flowing and is therefore more vulnerable to contamination, particularly when the battery is mounted in a location where the electrolyte level may be above the tops of the plates. The AGM battery has an electrolyte that has been compressed into a fiberglass resin mat placed between the plates, which is then sealed in an impermeable plastic case or container. This allows the battery to be installed in any position without risk of electrolyte leakage.

Benefits of an AGM battery

Advantages of an AGM battery

The most significant advantage of using an AGM battery is its ability to resist vibration and shock, making it a reliable choice for many industrial applications. The design of an AGM battery allows it to withstand high vibrations and shock loads better than a flooded battery. This makes it a popular choice for industrial equipment, including heavy machinery and vehicles, as well as marine applications. AGM batteries also offer many environmental advantages over other battery types, including a lower risk of corrosion and a reduced impact on groundwater. Although there are some tradeoffs with AGM batteries, including higher upfront costs and a lower discharge rate, they are a much more sustainable choice for those looking for renewable energy sources.

There are a variety of different types of AGM batteries, including gel, fiber, and spiral wound AGM batteries. Each of these battery designs has its own set of advantages and disadvantages, though they primarily differ in their electrolyte type. Gel batteries: These batteries have a semi-solid electrolyte, which makes them easier to handle than fiberglass-based batteries. Additionally, they have a high acid content, which makes them more resistant to corrosion. Gel batteries are generally less efficient than other types of AGM batteries, due to their reduced ability to transfer electrons. Fiber batteries: These batteries have a fiberglass-based electrolyte and are generally more efficient than gel batteries. Due to their design, however, they are less resistant to corrosion and require special handling. Spiral wound batteries: These batteries use a fiberglass-based electrolyte and are generally more efficient than both gel and fiber batteries. They are also less susceptible to external damage and require special handling due to their high acid content.

How to choose the right AGM battery

When choosing the right AGM battery, there are a number of key factors to consider, including cost, voltage, and capacity. When considering your application, you should also take into consideration the size of the battery, as well as its weight and longevity. You should also take into consideration the type of vehicle or equipment that will be using the battery. Industrial vehicles often require larger batteries, as do commercial vehicles that cycle on and off throughout the day. When choosing an AGM battery, you should also consider the environmental impact of your battery choice. While all batteries have an environmental impact, AGM batteries are much more sustainable than traditional lead-acid batteries.

Maintenance of an AGM battery

The maintenance of an AGM battery largely depends on the type of battery you choose. You should always follow the maintenance instructions of your battery’s manufacturer to ensure that you get the most out of your battery and help to extend its lifespan. When maintaining your AGM battery, always be careful when handling the acid contained within the battery. Make sure to always wear protective clothing, including gloves and eye protection, when working with your battery. AGM batteries also require a special cleaning solution, which should be available from your battery manufacturer. When cleaning your battery, be sure to never overfill the battery with cleaning solution. The electrolyte level should always be below the tops of the plates and should never be allowed to spill over.

AGM batteries are used in a variety of applications, including marine, industrial, and agricultural equipment. They are also used in many renewable energy systems, including solar power systems, wind turbines, and hybrid vehicles. AGM batteries are often used in marine applications due to their high vibration resistance and low environmental impact. They are also commonly used in vehicles, hybrid vehicles, and other industrial applications due to their long lifespan and ability to withstand frequent use.

The environmental impact of AGM batteries is lower than the impact of other battery types due to their reduced acid content. This makes them a safer choice for those with special needs, including those in the medical field, who are particularly susceptible to acid-related injuries. Additionally, AGM batteries have a lower impact on groundwater, as the electrolyte is contained within the battery, making it much easier to clean up in the event of an acid leak. The reduced acid content also makes AGM batteries a safer choice for large-scale energy systems, such as solar and wind farms.

AGM battery versus other battery types

The biggest difference between AGM and other battery types is the design of the electrolyte. The electrolyte in an AGM battery is compressed into a fiberglass-like material and then sealed inside the battery. This design provides better resistance to vibration and shock, making it a popular choice for vehicles, heavy machinery, and other industrial applications. The electrolyte in other battery types, such as flooded lead-acid batteries and gel batteries, is free-flowing, which makes them easier to clean and maintain, though they are less resistant to vibration and shock. Traditional batteries are also easier to dispose of, as the electrolyte can be neutralized and cleaned up, while the sealed design of AGM batteries make them more difficult to clean and dispose of.

AGM batteries are a type of rechargeable lead-acid battery that uses a special electrolyte-absorption separator to create a more efficient and reliable power source. They are

Prev: What Is Battery In Law

Next: Emergency Light Batteries: Everything You Need to Know About